Victorian-based developer Villawood Properties has added more than $400 million of housing projects to its Queensland business after acquiring sites in Greater Brisbane, Scenic Rim and near Cairns.

The three deals follow the private developer emerging as the frontrunner to take the reins of the $500 million redevelopment of Adelaide’s Morphettville Racecourse,

“We already had a fairly good presence in Queensland, and now we have shored that up with these new deals,” Mr Miller told The Australian Financial Review.

“We’re very confident about the Queensland market and have bought these sites in strategic locations.

“The supply of developable land across Queensland dwindles yet the demand for housing rises,” he said.

The biggest of Villawood’s three acquisitions is an 83-hectare site on Mt Lindesay Highway in Gleneagle, near Beaudesert in the Scenic Rim region west of the Gold Coast. 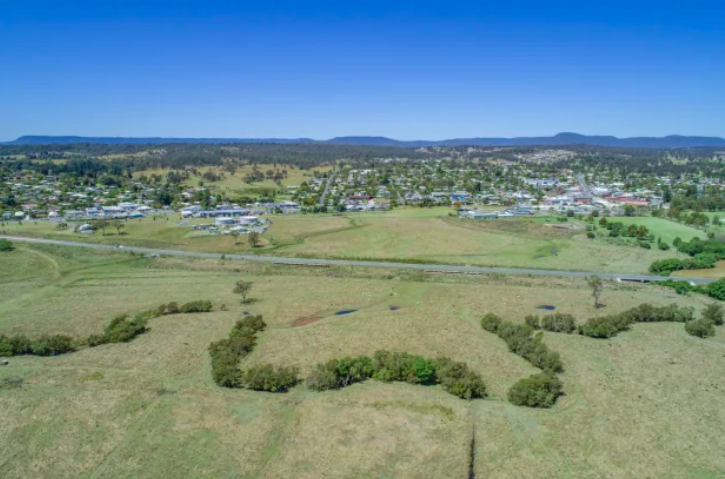 The Gleneagle site acquired by Villawood Properties will support 600 lots.

“Beaudesert is the gateway to the Scenic Rim, which recently made the Lonely Planet’s top ten destinations to visit in 2022,” Mr Miller said.

On the corner of Kidd Street and Serpentine Creek Road in Southern Redland Bay – about 46 kilometres south-east of Brisbane – Villawood has lodged a development application for a $90 million master-planned residential community across an 18 hectare site.

The site will accommodate a maximum of 260 residential dwellings.

Lastly, Villawood has ventured to Queensland’s tropical north to acquire a 40 per cent stake in a 19.58-hectare site overlooking the Coral Sea at Trinity Park, north of Cairns.

Known as Half Moon Bay, the site will be developed into beachfront residences as part of a $170 million project.

The remaining 60 per cent has been retained by Gasparin Developments and Gasparin Holdings, led by Adelaide-based developer Frank Gasparin.

Alongside these three acquisitions, Gold Coast-based developer Alder Developments has acquired a 24-hectare parcel of land, known as Airlie Summit at Airlie Beach in the Whitsunday Region.

The elevated site on Seaview Drive sold with development approval for the creation of 89 new residential lots, including two super lots suitable for higher density apartments.

“There is considerable demand for new housing in the region with a significant shortfall in the availability of rental and owner-occupier properties alike,” said Greg Tupicoff, Alder Development’s general manager.

Alder Developments was founded by Greg Alder, who established Alder Construction in 2003.

Leading property coverage delivered to your inbox. Sign up to our weekly Inside Property newsletter.

Larry Schlesinger writes on real estate, specialising in commercial and residential property. Larry is based in our Melbourne newsroom. Connect with Larry on Twitter. Email Larry at larry.schlesinger@afr.com