Back To News
Sustainability

At Armstrong Mount Duneed’s wetlands, nesting boxes created by artist Folko Kooper are helping protect new arrivals across several species from raptors and other animals on the lookout for a quick feed. 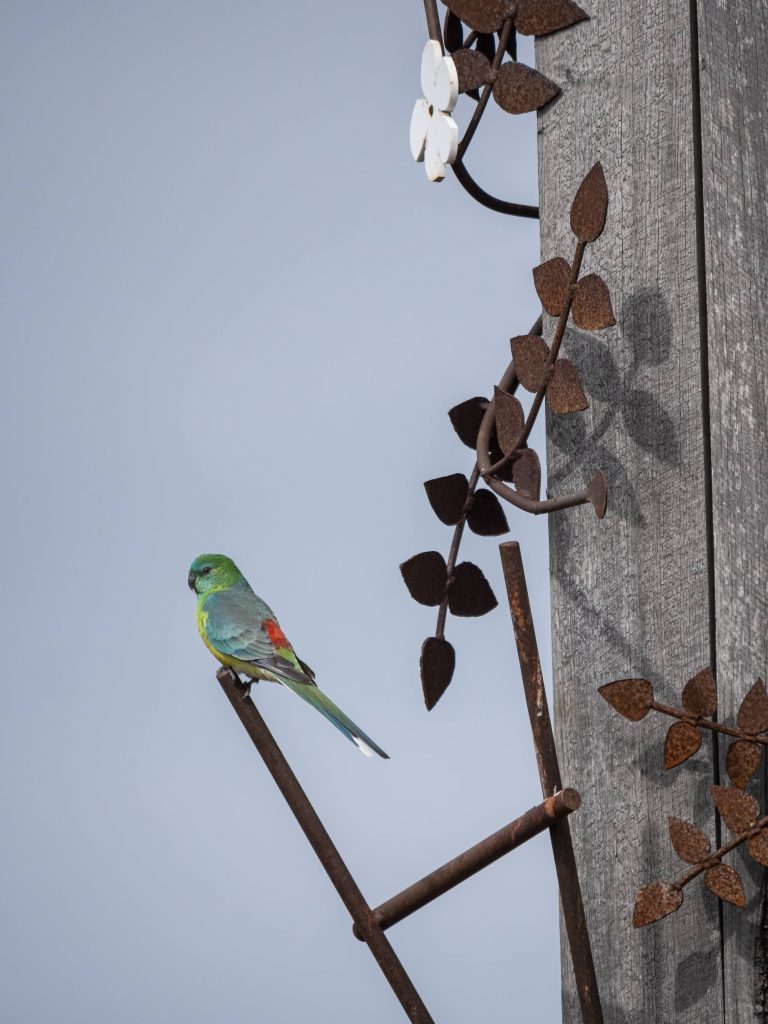 Smissen is one of two zoologists collaborating with the Armstrong wetlands developer, Villawood Properties, in a program aimed at tracking and safeguarding native birdlife in the community and minimising the impact of introduced pest birds compete for nesting hollows.

More than 60 species of birds have been identified in the Armstrong corridor and the fledgling program is targeting schoolchildren and residents with bird counts, bird habits, safety tips and other related activities.

Zoologist Jess Radford, of Armstrong, says the nesting boxes offered important protection for birds but said a broader approach was needed to assist a happy co-existence between birds and humans in suburban areas.

“The environment is pretty good. I see a lot of birds in the area and I hear a lot of frogs in Armstrong Creek – that’s a good sign,” she says.

“But we need to guard against ferals. Keeping cats indoors is a big thing. So too is habitat creation. You need all different types for different birds, and more nesting boxes, hollows in old trees, planting new trees.

“Engaging kids and schools is good. Get them bird watching. Interpretative signs along paths is a good way, too. We know that development alters territories, I’d suggest putting other nest boxes around new residential precincts.”

The Armstrong nesting boxes were commissioned by Villawood to help local birdlife and engage the community. The boxes are sited close to the giant corten pelicans, also created by Kooper, at the corner of Surf Coast Highway and Armstrong Boulevard.

“They’re aimed at engendering curiosity in the environment and art, which are good things for a young growing community,” says Villawood Properties executive director Rory Costelloe.

The birdhouses sit some five to six metres above the ground. They resemble multi-storey mediaeval houses and castle towers. Some look Nordic, even 1950s sci-fi. One in particular is dinky-di Aussie with several cockatoo sculptures attached. The boxes also host artistic flourishes such as cockatoos and parrots, metal hat-like tops and flowering creepers.

Says their creator, Folko Kooper who consulted a zoologist in building the nesting boxes: “There’s quite a bit of research went into them and the birdhouses. The internal nesting boxes are all bird-specific and made by an enthusiast in South Australia who supplies national parks, councils and so on with nesting boxes.” 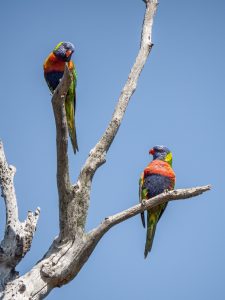 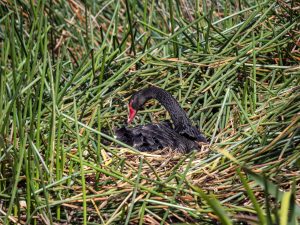 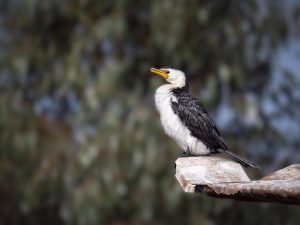 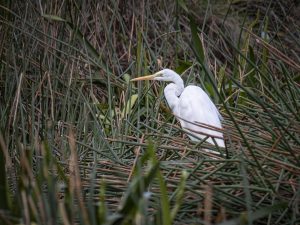 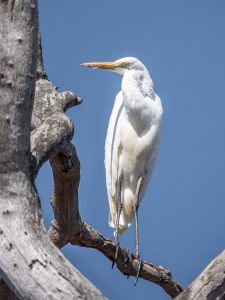 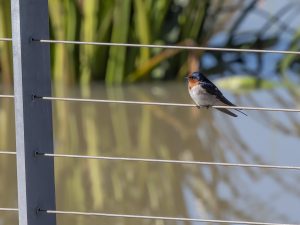 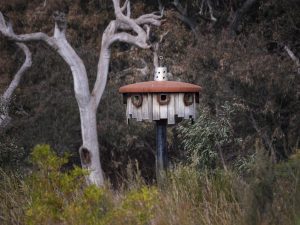 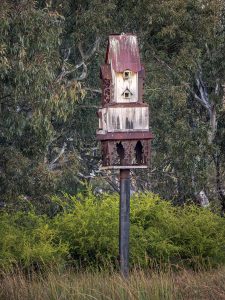 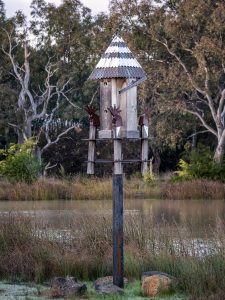 The remarkable landscaping at our Armstrong community in Mt Duneed caught the eye of Channel Ten's Australia By Design Landscapes program - come, explore the open space, wetlands and adventure playground!

ENCOMPASS Community Services is the first group to take up use of the old Geelong Airport hangar offered gratis by Armstrong developer Villawood Properties. The hangar is a 25m x 12m open space with three offices and a kitchen and is being offered free by Villawood for one-off community uses.