More than 300 people threw themselves into a kids’ wonderworld of snow cones, fairy floss, unicorn and cat faces, jumping castles and snags and hamburgers at Club Armstrong on AFL Grand Final Eve.

As the big men of the Tigers and the Giants prepped themselves for their big day out at the MCG, smaller footy fans were kicking balls high and wide around the club’s court.

A handball contest tested their manual skills with the oval ball but general consensus was the greatest skills were needed to stay aboard the bucking bronco footy ride.

Club barbecue wranglers were on hand with hundreds and hundreds of burgers, sausages, vegie burgers and gluten-free options for the hungry hoards.

Kids whipped up a minor cyclone of fun as they tore about the club, catching up with friends and making new ones.

And while they clung to the giant spinning football as best they could, the squeals of laughter as one youngster after another went flying into the soft surrounding mats said it all. 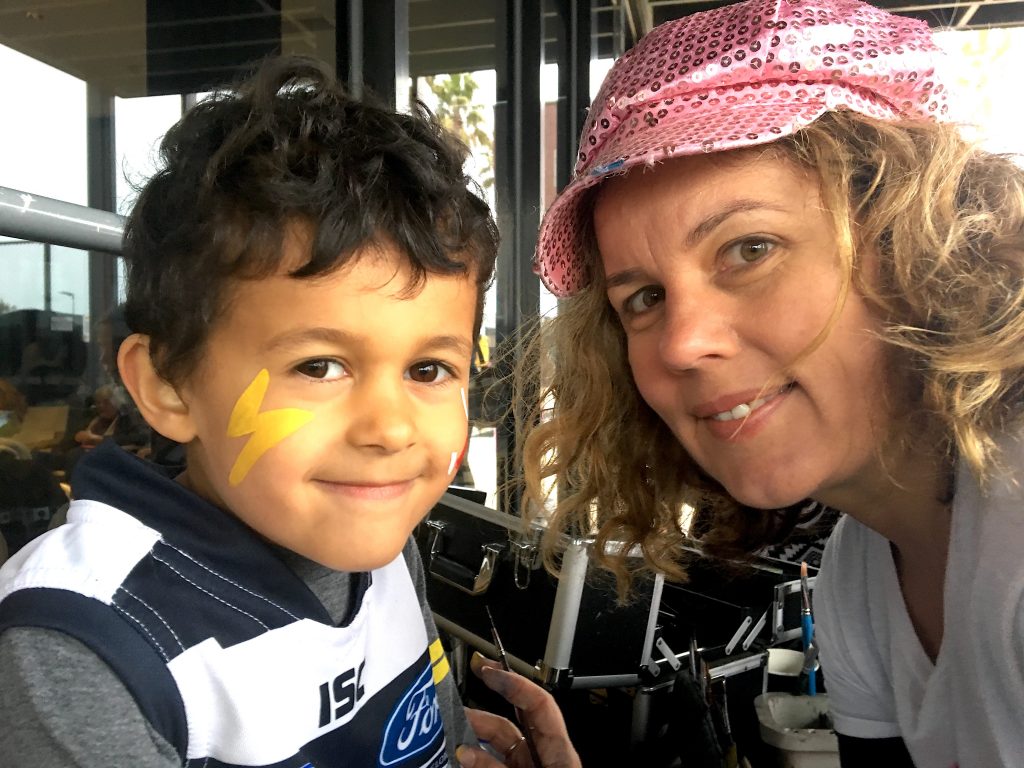 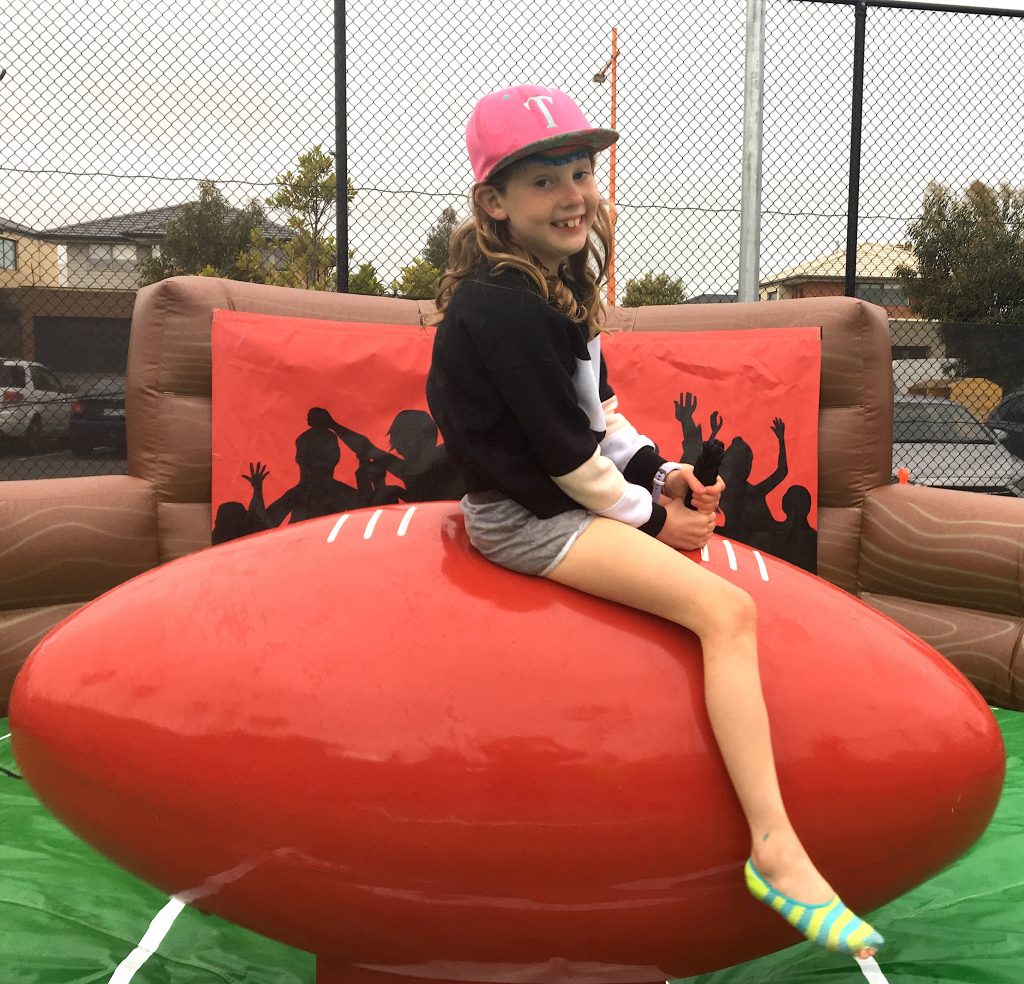 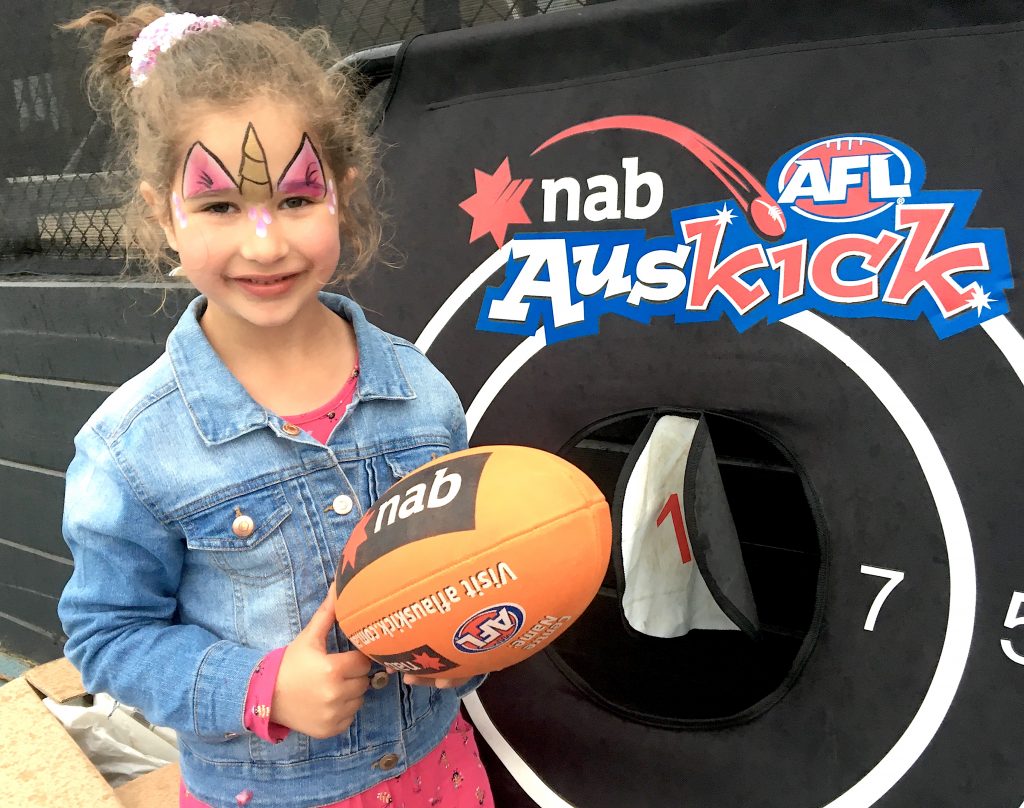 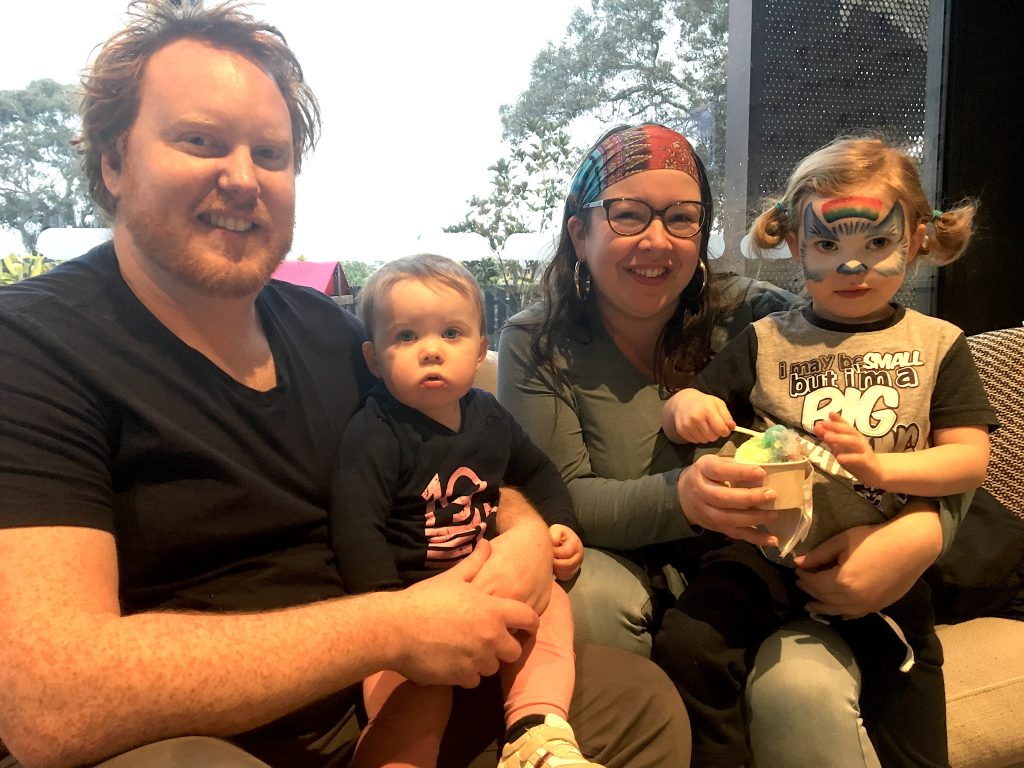 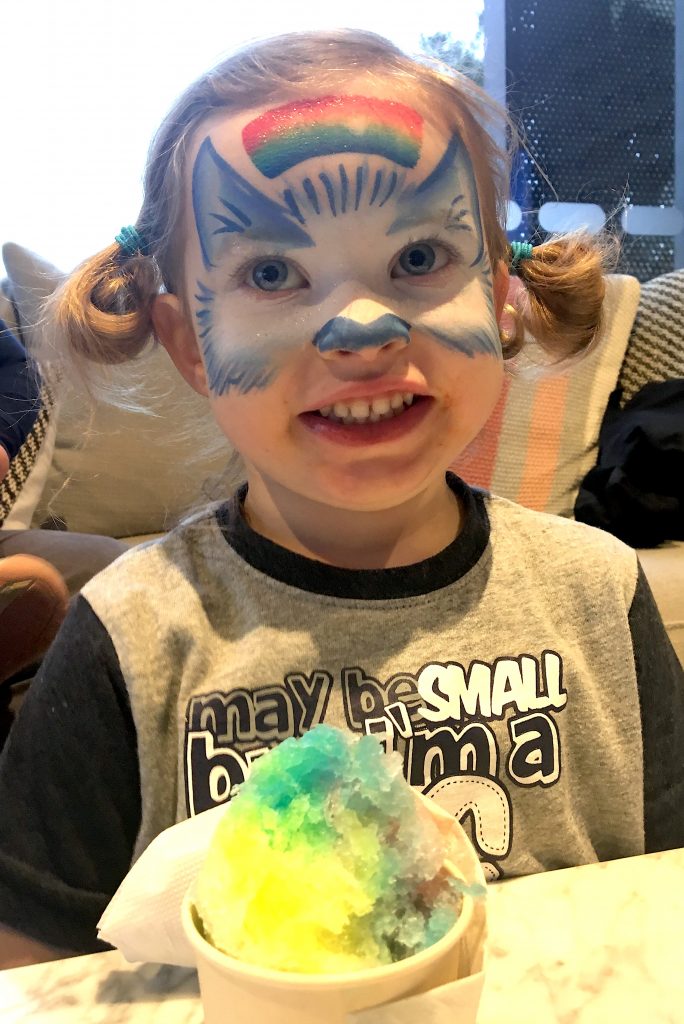 Aria Watson, 3, is all smiles. 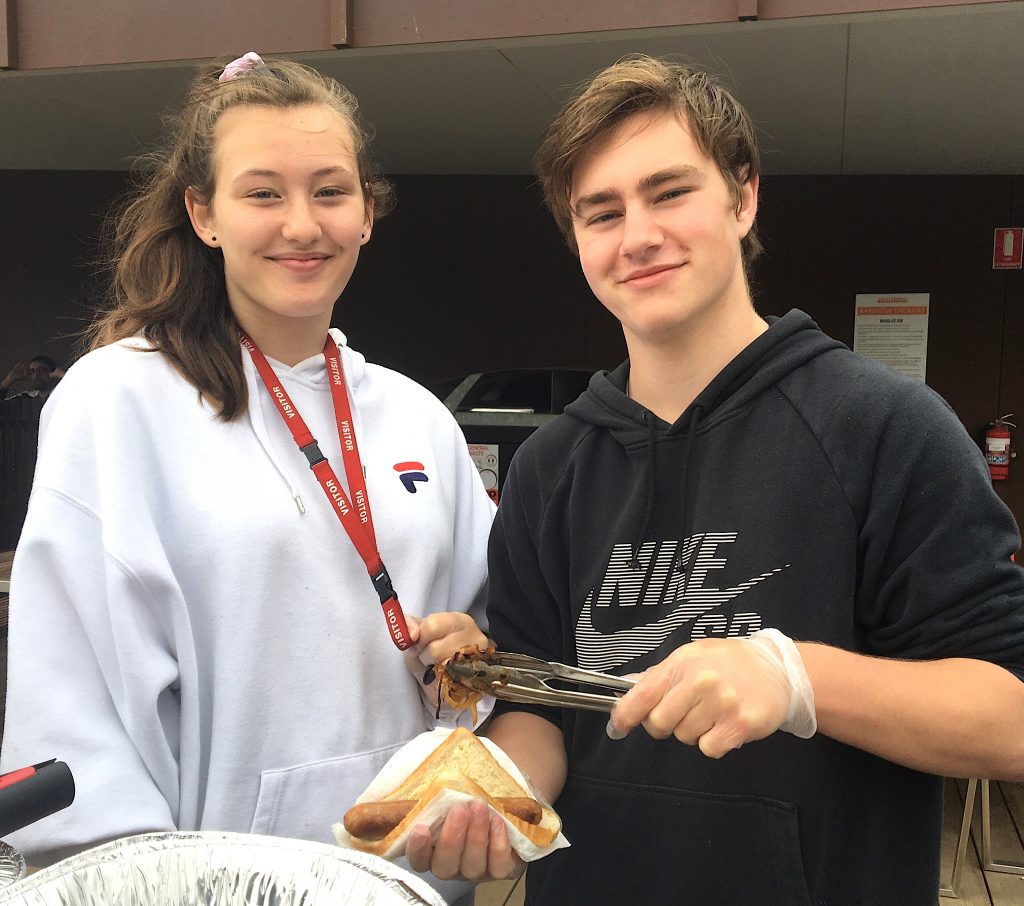 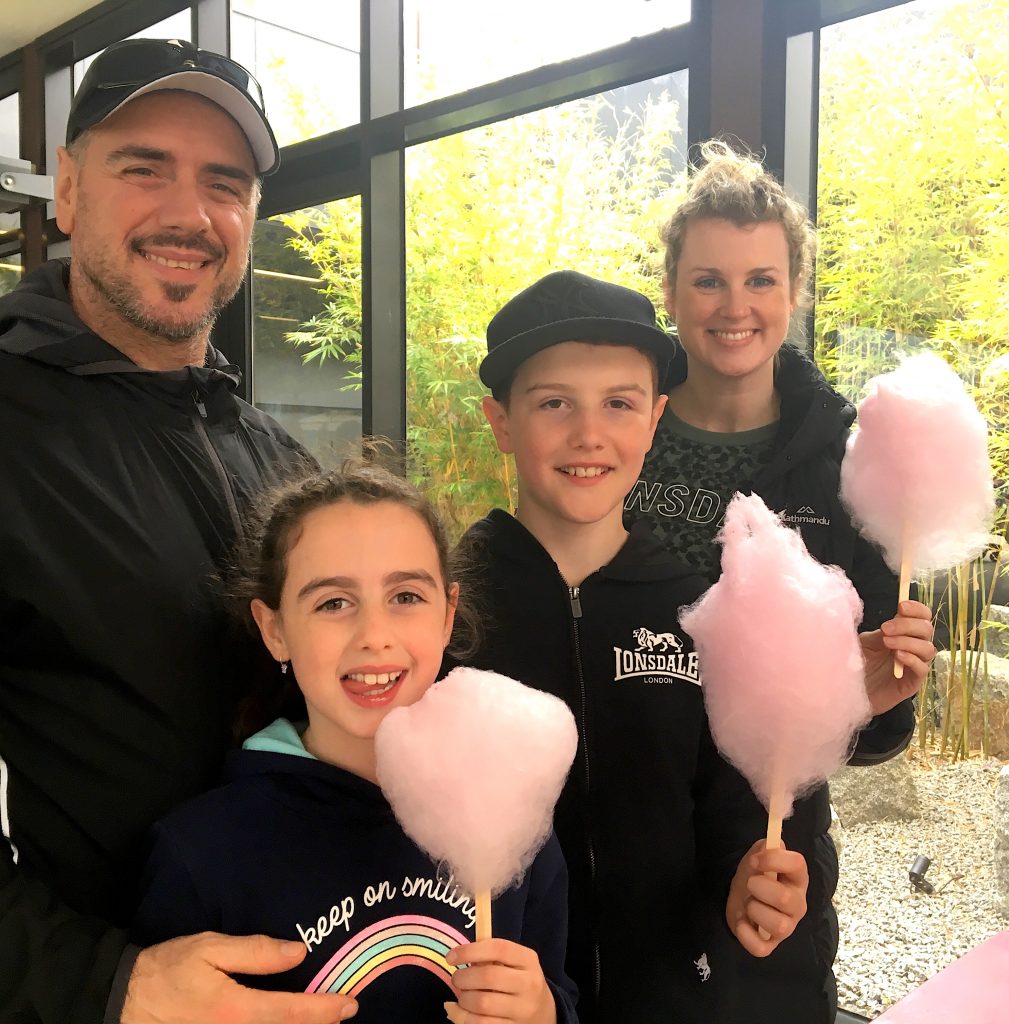 Fairy floss is a sticky fave with these guys. 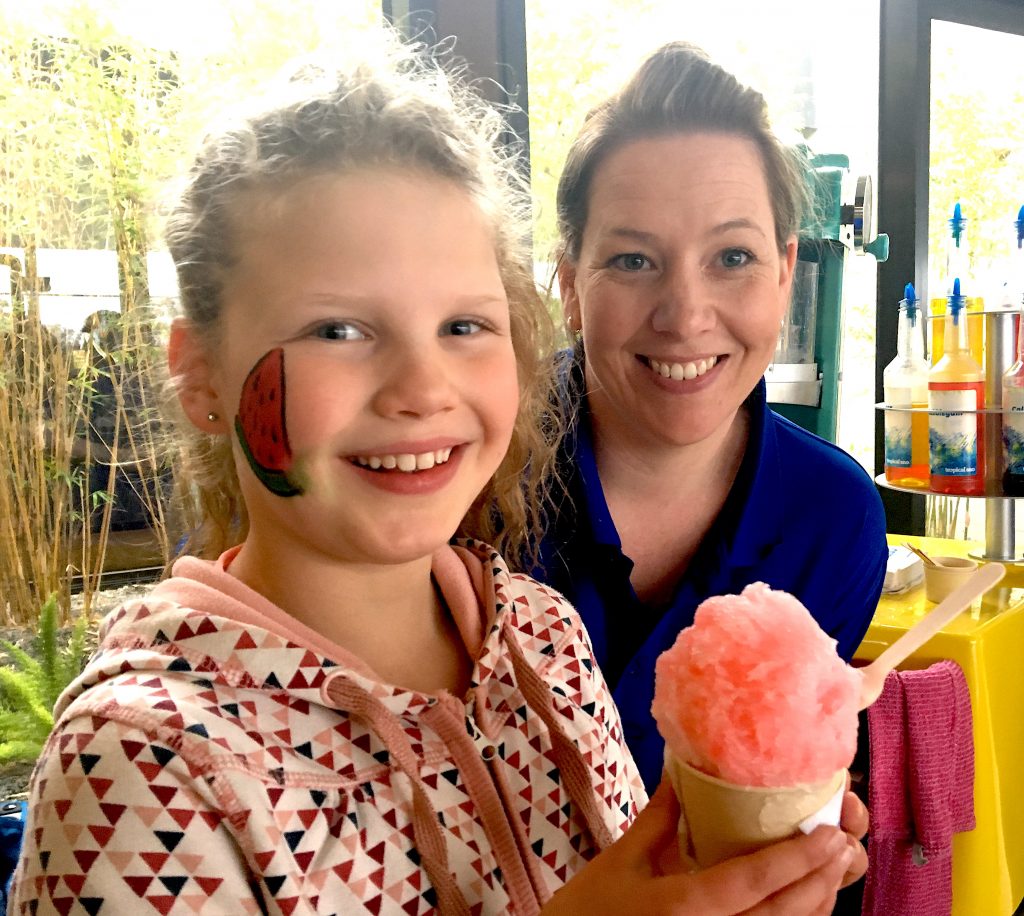