Two Feet & A Heartbeat Walk Coming Together For This Weekend

THIS year’s Geelong Two Feet and a Heartbeat Charity Walk is right around the corner.

Originally planned to take place on October 10 at Armstrong Boulevard, Mount Duneed, the four-kilometre walk and community market had been postponed by a month-and-a-half.

The event will still be taking place at Bunjils Nest District Park this Sunday, November 28, with an updated pre-Christmas market involving vendors and stalls to be on site as originally planned.

Hannah Pearl, event organiser and mother-of-three, has had the difficult task of advertising the new event, getting in touch with supporters and getting the relevant permits in place.

Despite this, she is excited the event is finally coming together, and she can’t help but feel a little emotional.

“I’m going to cry on the day, I can feel it,” Ms Pearl said, laughing.

We have a stilt-walker that will come and greet people, we have got the memorial happening at 10am which will be amazing, and we have the roses sorted that people can write a message to a child who has passed away. 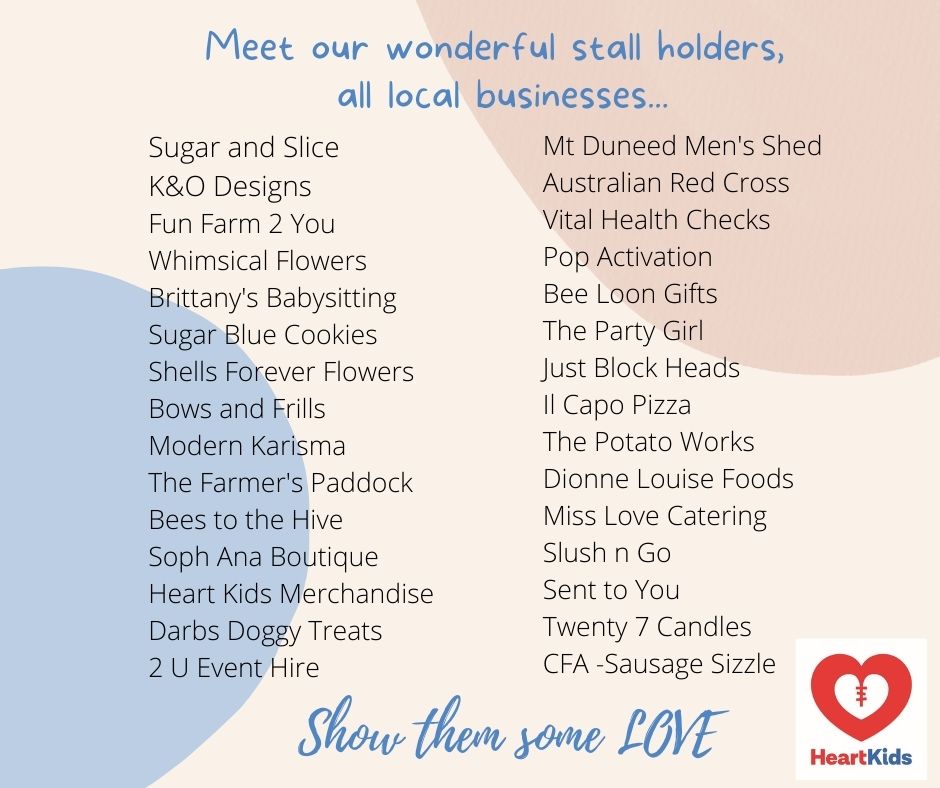 There will be several items up for grabs in a silent auction, local MP for South Barwon Darren Cheeseman will open the event and there will be a Welcome to Country ceremony.

Ms Pearl said one of the many reasons people want to support the event is because all vendors involved with the Community Market will give back proceeds to the HeartKids Foundation.

“We have two different food vendors that have been touched by knowing someone with a heart condition,” Ms Pearl said.

“Everyone will be there to support each other, and we just want to put smiles on everyone’s faces especially after a horrible COVID year. We want to have live music and we want to have entertainment go ahead.

“It is going to be a very emotional day for a lot of families in Geelong and there are a lot of people in the region touched by HeartKids. We just want to reach those families and let them know we are here, and we want to connect.”

Stallholders will be selling candles, slices, cakes, dried flowers, fresh flowers, and coffee, and features such as roving entertainers, the local CFA truck, jumping castle and face painting will be available as originally intended.

There will be live music “pumping” throughout the day too according to Ms Pearl.

This year, Two Feet and a Heartbeat has raised more than $388,000 to date nationwide thanks to 8,571 supporters.

The Geelong event itself has raised $8,400 thanks to 131 supporters.

For more information about the event, head to twofeetheartbeat.org.au/events/19/geelong-vic.