New park for public and birds

THE northern Gold Coast has a giant new park – yet few people know it exists.

The final section of the perimeter park at The Surrounds in Helensvale was quietly opened recently, delivering more than 23ha of parkland to the public.

Its 2.5km of footpath is a boon for local walkers, putting it in league with the popular 3.9km walking track around the lake at nearby Damian Leeding Memorial Park.

The new park at The Surrounds is also a haven for bird watchers, with species such as the white-bellied sea eagle, intermediate egret and royal spoonbill regularly spotted.

“The vision for The Surrounds Perimeter Park is to complement the site’s unique natural setting adjacent to the nationally significant Lake Coombabah RAMSAR wetland,” he said.

“A 75m perimeter buffer has been established to surround the community and provide both open space and recreation opportunities in a rehabilitated and natural setting.

“… The Perimeter Park plays a key role in our vision to provide a community that retains over 30 per cent of green and open space with all homes located within 200m of a park.”

The park also includes a 1300sq m off-leash area for dogs and a playground with steppers and seats made from repurposed tree trunks. Two further playgrounds and a leisure centre are provided within the development.

“We are proud of the wonderful cross-section of parks and recreational spaces now in action within The Surrounds,” Mr Williams said. 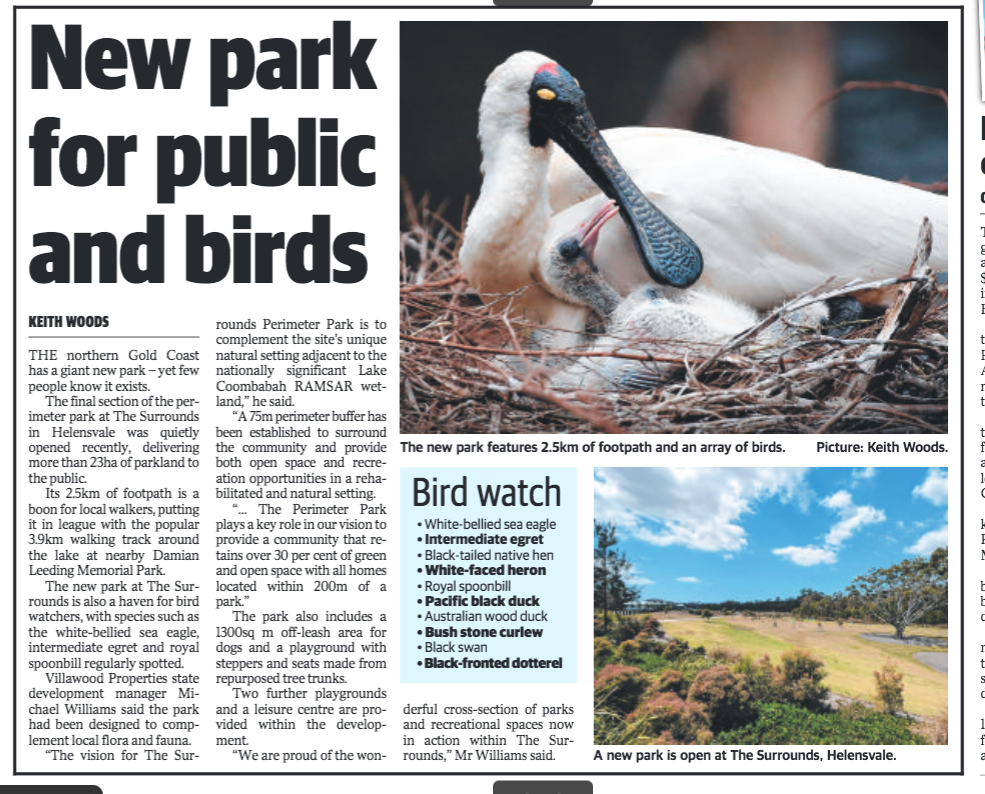